The CEE countries have continued to prove in the last 10 years that they are the real growth engine of the European economy. This can be seen, among other things, in the strong increase in exports of the 16 CEE countries (these figures do not yet exist for Kosovo). According to the statistics of the WTO, exports of goods have grown by 49% in total, i.e. by 307 billion euros, and exports of services by 53%, i.e. by 74 billion euros. Although 2020 has been a bad year for the economy because of the Covid crisis, almost all countries had great growth! In comparison, during these 10 years, goods exports of Western European countries grew by only 9% and services exports by only 15%. The export growth rates of the USA were a leathery 12% (goods) and 21% (services).

The CEE region thus also shows its great economic potential here and therefore remains attractive for Switzerland as a trade and sourcing partner, but also for investments. The charts below show the development of CEE exports by country and the proportional comparison of export growth between CEE, the USA and Western Europe.

The statistics are taken from the WTO Statistical Review 2021.

*Data from Kosovo was not collected. 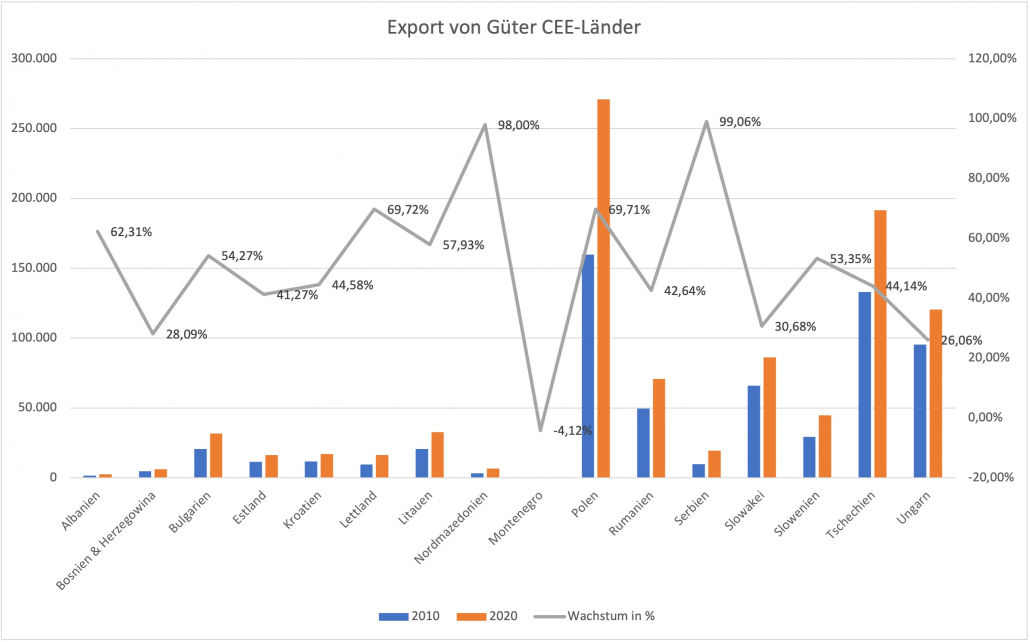 Global Value Chains in the Post-pandemic World
Scroll to top